Bringing the same amazing show that rocked Atlantic City for fifteen straight weeks, The Counterfeiters’ Live Music Trivia Night is something no other band does. If you love music and trivia as much as we do, there’s no doubt it’ll be one of the most fun experiences you will ever have. Great for corporate team building nights, too!

“Name that Tune” – The band plays a few seconds of ten classic songs and it’s up to you to name them all!

A “Visual Round” – Teams direct their attention to the surrounding screens. They’re then asked to identify the ten pictures (or videos) that appear in front of them (i.e. Name the legendary guitarist, Unscramble the Hall of Fame Band Name, name the one-hit wonder 80s video, etc.) While you’re wracking your brains, the band performs a short set of category-relevant classics! If your team thinks they’ve got all ten correct, you may want to go for it and “double-down”! But, be careful! While doubling-down could see your team win a whopping twenty points, if you miss just one, you wind up with a goose egg!

“Finish the Lyric” – The band sings a snippet of a classic song, stops, and it’s your job to finish the lyric! Think it’s easy? It’s not! You’d be surprised how many songs you think you know that you don’t!

All this madness is topped off by a final “Jeopardy-style” question, wherein the teams can wager up to as many points as they have for all the marbles! The band gives you the category, i.e. “Hair Bands”. Your team then submits its wager based on how confident you are in that category and where you stand in relation to the other teams.

This is followed by the actual question, i.e. “What’s the name of the only one-armed drummer in rock?” If you said “Rick Allen,” CONGRATS! The paparazzi await you in the winner’s circle! If not, you still had the most fun allowed by law! And then some! 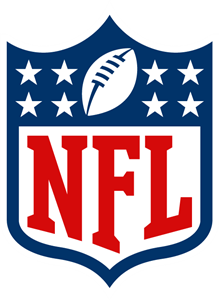 Let us make your next event the best party, ever!

Send us a Message